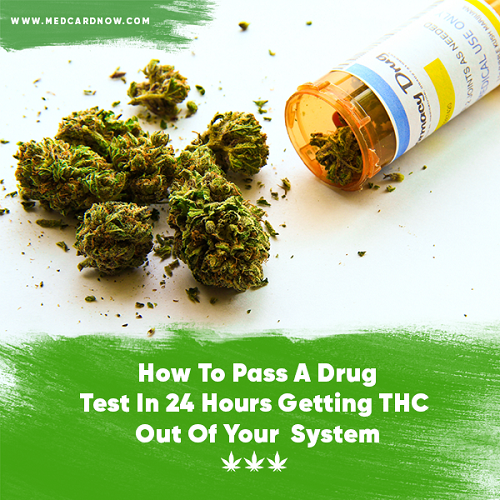 Although both medical marijuana and recreational marijuana have been legalized in California, marijuana laws still give employers the right to maintain a drug-free workplace. Tests for marijuana, alcohol and other illicit drugs are therefore still fairly common to prevent people from being intoxicated at work.

Many employers will require you to be drug tested as a condition of employment. Pre-employment drugs tests are legal providing they are properly conducted, and the courts have upheld employers’ rights to refuse to hire an applicant that tests positive even if they have a medical recommendation.

There are also other reasons why you may need to take tests for marijuana and other types of drugs at short notice. Although random employee drug testing in California is highly controversial there are certain professions where there are particular safety issues that random drug testing is maintained, as well as certain federal authorities that require it. Employers are also allowed to test with reasonable suspicion of drug addiction or abuse.

Drug tests detect drug metabolites that are produced by the body as part of the natural detoxification process. A marijuana drug test, most commonly a urine drug test, will usually be testing for the presence of THC-COOH a metabolite of THC that shows up in urine for several days after use. Therefore a drug test result may be positive even if the person is not under the influence at the time of the drug screen.

Whether you use cannabis as a recreational drug or smoke weed medicinally it can stay in your system and is detectable by various types of drug test from anywhere between a couple of hours to several weeks or months.

Urine tests are most common, especially as pre-employment tests, as they have good accuracy and are cost-effective but blood, hair or saliva tests may also be used.

In order to pass your drug test, you need to have not been using for long enough that the metabolites will not show up when tested. Depending on how frequently and heavily you use this detection window could be anywhere from a few days to a few weeks, which can be especially difficult for medicinal users.

Home drug testing can be a useful way to determine your chances of passing, and there are some things you can do to help increase your chances by flushing your system and supporting your body while it is naturally detoxing.

Drug tests detect drug metabolites left behind in your system after the drug breaks down. THC metabolites can be detected in your hair, blood, saliva, and urine and the detection window varies depending on the type of test. Drugs and their metabolites stay in the system for varying lengths of time before naturally passing through. How quickly you would be able to pass a drug test will, therefore, depend on the type of test, how frequently you use and how well your body is able to metabolize the THC.

Because THC is fat-soluble, body fat also plays a role. THC is stored in fat cells and released back into the body when fats are broken down by the body. As fat is an energy store for the body this process, known as lipolysis, occurs when the body is low on glucose stores and can be triggered by both exercise and stress.

The amounts of time that tests results will come back positive for a urine test could vary from 1-3 days for an occasional user, to up to a month for a chronic user with a high level of body fat.

Whether or not you are likely to get positive drug tests is dependent upon the type of drug test. Urine drug tests are the most common workplace tests, but blood tests, saliva testing or a hair follicle test could be used to test for illicit drug use.

A hair drug test or hair follicle test tests hair for the presence of metabolites embedded in the hair shaft and can detect cannabis use for around 90 days or however long the hair has been growing.

You might think you could pass a hair follicle test by shaving your head, but body hair can also be used and to remove all your body hair before a test is likely to cause suspicion.

A mouth swab drug test is essentially a saliva drug test. These tests test for the actual presence of THC rather than it’s metabolites. A mouth swab test might be used by law enforcement officers to determine if someone is driving under the influence which remains illegal.

Mouth swab testing generally has a shorter detection window but may be able to detect low levels of cannabinoids in the saliva for up to 72 hours after use.

Urine testing is the most common test used by employers. Urine drug tests are cost-effective and rarely if ever give false positives assuming the lab is properly carrying our the urine testing.

Testing urine shows cannabis metabolites naturally passing out of the body. Testing urine will generally show positive results for anywhere between 1 and up to 30 days depending on the individual’s metabolism and frequency of use. If you are an occasional user you would be likely to pass the test within 3 to 4 days but chronic users should abstain for several weeks to give themselves the best chances of passing.

Blood tests can also be used to check for cannabis use. Like saliva tests a blood tests checks for the actual drug rather than it’s metabolites and will generally give positive results for up to 24 hours although this can increase to up to a week for heavy users.

Blood testing is more invasive than other types of testing so is not generally used by employers but may be used by law enforcement when investigating accidents or to confirm if someone is driving under the influence.

Passing the Test – Getting THC Out of Your System

You body starts naturally detoxing as soon as you consume a drug, this detoxification process will take different amounts of time depending on the type of drug, how much has been consumed and other factors such as your metabolism, weight, and general health.

Your chances of passing increase with the amount of time since you last smoked marijuana, and will also be higher if you are an occasional user rather than a habitual user. If you are looking for work or planning on changing jobs and know that a pre-employment drug test is likely then your best option is to stop using as soon as possible.

However, if you do get caught out with last-minute tests for marijuana there are a number of things you can do to increase your chances of passing the test including using detox products or home remedies that support your body to detox naturally.

Once you have stopped smoking, tips to pass include drinking a lot of water, exercising, eating healthily including plenty of fiber and supporting the liver. All these actions can help rid your body of THC by supporting its natural processes.

Although there is little scientific evidence to back up the claims of using a detox drink, detoxification products can support your body in naturally passing THC metabolites through your system. Detox kits can be used just a few hours before the test and may increase your chances of passing although there is no guarantee and giving you body time to naturally detox is always preferable.

Other Ways to Pass

If you are pretty sure you are not going to pass your drug test there are a number of things you can consider.

It could be a good idea to buy a test kit and perform home drug testing on the day of the test. If you test positive the best option might be to try and rearrange the test. Also, you need to be aware that home drug testing is not 100% accurate and so it is possible to get an inaccurate drug test result.

As urine tests are the most common there are a couple of options available to try and pass your test and beat the system. Diluting your urine to lower the concentration of the metabolites and hide evidence of substance abuse is one option.

Marijuana users may wish to flush their system as much as possible on the day of the test and drink plenty of water an hour before the test. However, diluting your urine too much can lead testing centers to be suspicious so some people recommend taking b vitamins to color the urine.

You might want to avoid exercise the day of the test. Avoiding exercise can help to minimize metabolites in the urine as exercise releases cannabinoids that are stored in fatty tissue.

The other option is to use fake urine. You can buy synthetic urine or powdered urine that can then be substituted on the day of the test. Tips to pass using this method include making sure that the fake urine is heated to body temperature and making sure you do actually urinate in case the testing centers staff are listening.

What Happens if You Fail Your Test

If you fail a drugs test that is part of a pre-employment check you might find you don’t get the job. Although some employers will be more understanding if you have a medical marijuana card which is simple to apply for online.

Failing a drug test while employed may result in the need to attend addiction treatment programs.

How to Get Weed In California Without a Card

Long Term Effects of Marijuana on the Brain – What to Know