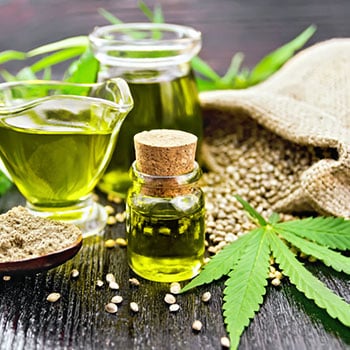 Cannabis sativa is fast becoming the commodity of choice for many people with access to legal medical marijuana or recreational. Citizens in legal states can easily apply for a  medical marijuana card and safely purchase cannabis medical purposes in most states across the US. For the large part, cannabis is still a heavily controlled substance but cannabis laws are slowly leaning towards decriminalization across the globe.

The medical use of marijuana has been known to humans since ancient civilizations as sciences engineering or health research and medicine advance we are seeing a lot of interest in cannabis as a medicine.  Research studies are being conducted in labs and universities and the results of this research are looking rather promising for the future potential of medical marijuana.

OUR ECS AND BALANCE

Since the discovery of the endocannabinoid system ( ECS ) in the early 1990s, we have only started to understand the role of cannabinoids play found in cannabis Sativa. Our ECS is comprised of both our immune and central nervous system and plays a major role in important bodily functions such as memory, mood, appetite, movement to name a few. The ECS is the bridge between our body and mind and helps regulate our entire body of natural health and wellness known as homeostasis. When your body is out of balance such as when you are stressed or feeling drained, this can lead to symptoms such as headaches and pain which if left untreated could lead to more serious conditions or even disease. If your body is not producing enough cannabinoids for its perfect balance, supplementing it with phytocannabinoids from the cannabis Sativa plant seems like a natural solution.

THC and CBD ( Cannabidiol ) are two of the 113 cannabinoids that have been isolated and identified by scientists in recent years. These cannabinoids bind onto receptors found through our ECS known as CB1 and CB2 receptors. These receptors are found throughout our body and ECS even our brains and skin. THC and CBD, when delivered either through smoked cannabis or the other ways of consuming it, will interact with the receptors and assist them in regulating communications and hormone production. The delivery method of cannabinoids is an important aspect of treating certain ailments, conditions or diseases. For instance, if you should have a bruised elbow a combination of a topical cream infused with cannabinoids could be a better treatment than smoking a cannabis bong. The reason for this is that receptors found on the skin will target the sore area and have a long-lasting effect on that region giving you relief from inflammation and pain. Cannabis is a well-known treatment for pain management and is the main reason why it is such a great antidote for many medical conditions.

Our Food and Drug Administration ( FDA ) recently approved a cannabinoid-based medicine known as Epidiolex. This medicine is used in the treatment of rare epilepsy conditions such as Dravet Syndrome. Many patients who have used the drug have found relief in the constant seizures they experience with these epileptic diseases. This cannabis product is effective in reducing seizures in many children from hundreds to almost zero in a matter of weeks and allows them to live a better quality of life.

BELOW WE WILL DISCUSS IN DETAIL 5 MARIJUANA TREATMENT,  THEIR USES AND BENEFITS –

There are many wild claims that cannabis is not only beneficial for treating cancer but that cannabinoids kill cancer cells. The truth is not far off and many of the symptoms such as nausea and pain are reduced significantly after patients were treated with cannabis-based medicines.

“Several controlled clinical trials have been performed, and meta-analyses of these support a beneficial effect of cannabinoids (dronabinol and nabilone) on chemotherapy-induced nausea and vomiting (N/V) compared with placebo. Both dronabinol and nabilone are approved by the U.S. Food and Drug Administration for the prevention or treatment of chemotherapy-induced N/V in cancer patients but not for other symptom management.”  National Cancer Institute

Schizophrenia, PTSD is a couple of psychological disorders that are effectively being treated with cannabis. Adverse effects of prescribed traditional drugs have led to many unwanted society issues such as the “opioid epidemic” the US currently faces. Opiate-based drugs have been used to treat veterans coming back from combat and led to a crisis of addiction. Cannabis has provided many veterans with relief from symptoms they suffer and what is more is that it’s natural, non-toxic and non-addictive. Health care practices are fast starting to adopt cannabis-based medicines for use to treat many psychological disorders and the results are very promising.

“There seems to be the strongest evidence for the use of medical marijuana in patients with MS and in patients with neuropathic pain; moderate evidence exists to support further research in social anxiety disorder, schizophrenia, PD, and tobacco use disorder; evidence is limited for use in patients with dementia, Huntington disease, depression, and anorexia.” 2018 Study

Medical marijuana legalization has been the best chance for pain management and the reason for this is cannabis is well known to be an effective treatment for pain. Neuropathic pain is treated well with cannabis because of the abundance of ECS receptors found throughout our somatosensory nervous system. The psychoactive effects of both CBD and THC mimic the pain relief of an endocannabinoid known as anandamide. This molecule that is produced in our bodies is also known as the “bliss molecule” which helps regulate the pain signals around the body.

“Aside from nausea and appetite stimulation, indications for which there are 2 FDA-approved cannabinoids (dronabinol and nabilone), chronic pain, neuropathic pain, and spasticity associated with multiple sclerosis are the indications for medical marijuana supported by high-quality evidence.” A Clinical Review

Results from studies evaluating cannabis for pain demonstrate that the complex effects of cannabis-related analgesia. There are many controlled and randomized clinical trials that report cannabis as an effective pharmacotherapy for pain management.

Medical marijuana treatments are helping many people with skin conditions such as acne and diseases people suffer from such as psoriasis and eczema.  Cannabinoids are easily infused into topical treatments like creams, salves, balms, and butter. As mentioned above the skin is the largest organ in the body and because it is part of the ECS it contains thousands of cannabinoid receptors. Topical treatments of cannabis for skin conditions are very effective and one of the biggest sellers on the legal medical marijuana market.

“After conducting our analysis, we found that cannabinoid products have the potential to treat a variety of skin conditions, including acne vulgaris, allergic contact dermatitis, asteatotic dermatitis, atopic dermatitis, Kaposi sarcoma, pruritus, psoriasis, skin cancer, and the cutaneous manifestations of systemic sclerosis. “ A Scoping Review

The symptoms of autism and ADHD both overlap and the differences between the two conditions are hard to distinguish. Most children that suffer from autism have symptoms of ADHD. Many parents with a lack of rational options have turned to cannabis as a last resort for treatment. The increasing attention in the media of successful treatments using cannabinoids has popularized cannabis as a medicine. Clinical research remains almost non-existent in this area, however, ongoing and current studies are looking very promising.

“ Based on parents’ reports, our findings suggest that cannabidiol may be effective in improving ASD comorbid symptoms; However, CBD efficacy and safety should be further evaluated in children with ASD in large-scale clinical trials.” Frontier Research Article

Cannabis is not only being used to treat a host medical conditions but also used as a proactive treatment for health and wellness by many people. In the majority of legal states, physicians and health consultants are increasingly turning to cannabis products as a health supplement for an improved healthy lifestyle. Cannabinoids are well known to help bring the body back to a healthy balance by regulating the ECS and supplementing it with phytocannabinoids that interact in a similar fashion as endocannabinoids.

If you’ve got an expired card you can renew it in the state of California here.

“ Dennis Peron, the man who opened the first cannabis dispensary in the U.S., has been derided for saying that all marijuana use is medical. I would make the same point a bit differently: the vast majority of cannabis use is for wellness purposes. “ Steve DeAngelo

As advocacy groups like the Marijuana Policy Project ( MPP )  push for more liberal state laws and legal uses of cannabis we will see more studies being conducted on the benefits of cannabis. Although still generally considered inclusive, there is overwhelming support of the medical and health benefits of cannabis.

The effects of marijuana are improving thousands if not millions of people’s lives. Access to safe and reliable medical marijuana dispensaries are becoming very common on every corner in many states across our nation. Only a decade ago was cannabis an illegal drug and today we are seeing cannabis take the world by storm with its many potential applications in modern society.

2018 Evidence for the use of “medical marijuana” in psychiatric and neurologic disorders – https://www.ncbi.nlm.nih.gov/pmc/articles/PMC6007658/

Why should marijuanas be legalized | Facts and Reality

How to apply for a medical marijuana card online – MMJ Cards 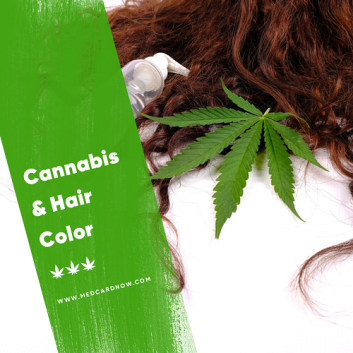 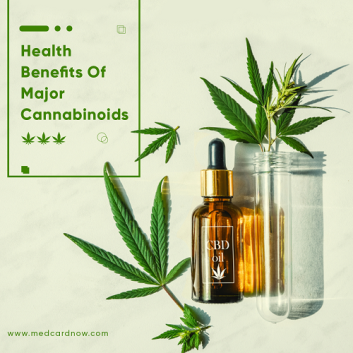 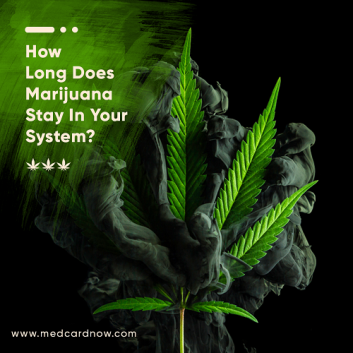