Medical Marijuana: What You Need For a Pres... 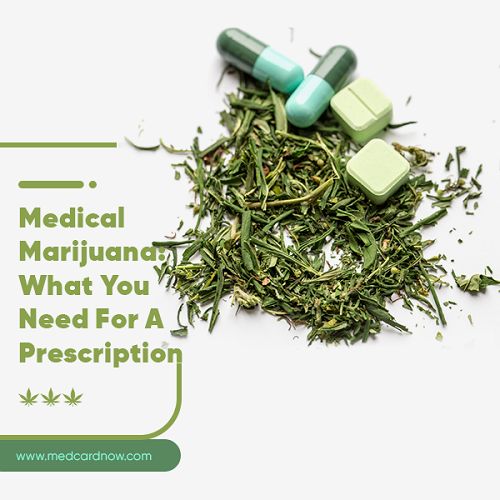 Medical Marijuana: What You Need For a Prescription

Medical Marijuana is legal in many states but that doesn’t mean that just anybody can walk into a pharmacist and buy cannabis.

In most states including California you need a doctor’s recommendation to be able to legally purchase, possess or grow cannabis for medical purposes. You can apply for a recommendation online with a licensed physician today and get your letter of recommendation within minutes.

Despite the fact that medical marijuana has been legalized for medical use and even recreational use in many states it remains illegal at the federal level and a schedule 1 drug. This means that physicians are prohibited from prescribing marijuana under all but the strictest of conditions under federal laws.

Due to the conflict between state and federal laws a doctor who prescribes medical marijuana would lose their license and even if you did have a prescription pharmacies and dispensaries would not fill them.

Once a recommendation has been issued the state will then step in to facilitate and regulate the procurement of medical cannabis and protect individuals who possess and use marijuana for medical reasons.

Differences Between a Recommendation and a Prescription

In many states marijuana recommendations allow marijuana patients to go into a licensed dispensary and purchase medical marijuana. Cannabis recommendations are treated differently to prescriptions and in the ninth circuit at least recommending medical cannabis is not sufficient basis for a physician’s right to prescribe to be revoked.

Also because doctors are not able to prescribe cannabis they are also unable to specify dose or the type of cannabis that should be used.

Conditions and Symptoms That May Benefit From Medical Marijuana Treatment

Although cannabis may not have received much attention in conventional medical education in recent years it has been used as a form of medicine for health care, patient care, and palliative care for thousands of years.

Recently many states have recognized the therapeutic benefits of cannabis despite it remaining a schedule 1 drug at the federal level, and have changed state laws to make cannabis legal for medical use for a variety of conditions. These conditions may vary slightly from state to state but include:

In California the compassionate use act allows doctors to recommend cannabis for any illness for which marijuana provides relief which allows doctors a certain amount of freedom in who they recommend as qualifying patients especially if conventional treatments have not provided relief.

If you have looked at the conditions and symptoms that medical marijuana patients are able to find relief from and feel that the medical use of marijuana may improve your own medical condition then you may wish to apply for a doctor’s recommendation and medical marijuana identification card.

Because you are getting a recommendation and not a prescription medical marijuana patients don’t just hand over a script and so need to know a little about the different strains and levels of different cannabinoids they contain. Doctors may recommend medical marijuana with different levels of THC and CBD depending on the patient and the condition they are suffering with.

Secondly marijuana can have a number of side effects. If you are using a marijuana product for the first time the advice is to start with a low dose. While doctors often recommend medical cannabis to treat severe nausea, high doses can cause nausea and although many use marijuana to treat mental health conditions for some smoking can cause anxiety and paranoia. If you suffer any adverse effects you should talk to your health care provider.